The second of six articles on thru hiker life

I think there’s a common idea that people doing a hike like this are on a personal/spiritual journey of some sort. They’re off to “find themselves”, figure out their purpose, expand their awareness, become annoying hippies; you know, something of that nature.

The fact is though that a great deal of a hiker’s mental real estate ends up being allocated to the most basic survival needs. And when I say “basic” I’m talking about truly fundamental needs. Every day you spend a lot of time strategizing water, food, sleeping, and clothing. And what it takes to meet those needs isn’t always straightforward. You’re collecting info from, other hikers, trail angels, and locals, as well as phone apps and websites when you can get service. The information is often scattered, outdated, and sometimes even contradictory. It’s what you have to work with though so you gather what intel you can, make your decisions, and hope it goes well.

Take, for example, figuring out where you’re going to camp tonight. You want to hike about 18 miles today, so you check Guthooks (popular phone app trail guide) and you see that there’s a camping spot for 2 tents about 19 miles ahead. It’s further than you want to go, but the next closest is only 10 miles ahead so the one at 19 will have to do. But wait, WineyHiker99 posted a comment on the app that the spot is really exposed so it’s not good on windy nights. Was it going to be windy tonight? How cold will it get? You can’t remember. Better check the weather again. Dammit, no cell service here. Start hiking, obsessively check for a connection every 15 minutes until mid afternoon when you finally get 1 tenuous bar if 3G, stand in the scorching sun for 15 minutes until you finally get the weather app to update, and; whew, not looking too bad. You press on, finish your longer-than-planned-for day, get to the spot, and find that the 2-tent site is currently holding 6 tents, one of which is halfway onto the trail. Dammit! Check Guthooks again: there’s another spot in 4 miles.

Water is an even bigger deal. The first 700 miles of the trail winds through very dry country (most of it is desert). It can get really hot and there are sometimes very long stretches between water sources. Trail angels leave caches of water in some places, but most of these are small amounts and can’t be relied upon. There’s an online resource called the “PCT Water Report” and Guthooks also has water source information. The information from these sources is useful, but there’s no schedule for when it is updated. So you might see a posting for a small stream at mile such-and-such and there’s a comment that there’s a small amount of water flowing in it, but the comment is a week or two old. Is there still water in it? Do you want to take the gamble or carry enough water to get to the next water source 15 miles up the trail? It’s really an interesting process to go through. You’re deciding how much water to take with you while you treck across a desert. In very literal terms you’re making a life-or-death decision. People can and have died from heat exhaustion and/or dehydration out here. But you do it, and march on, and you’re ok.These types of decisions are a daily experience and at times they are even tougher. Availability of water sources varies greatly with one stretch being more than 40 miles with no water.

Food supplying works somewhat similarly, but instead of strategizing on a daily basis you’re doing so over spans of a couple days to a week or possibly even longer. You’re looking at what towns, businesses, and Post Offices are near the trail, how far apart they are, and what it takes to get to them. Are they close enough to walk to or do you want to hitchhike or try to arrange a ride somehow?

If you haven’t done something like this before it may seem simple. Just take more food and water than you’re going to need so you will be on the safe side. The problem is weight, and water and food weigh a lot. Weight is a REALLY big deal to hikers. You might think that a couple extra pounds of water isn’t a big deal, but when you’re carrying it up and down mountains for mile after mile it’s a VERY big deal. Every step up hill your muscles are being taxed by those extra pounds, and every step down hill those extra pounds are hammering your shoulders, back, hips, knees, and ankles. If you’re a thru hiker you’re taking somewhere around 40,000 steps a day. That extra weight is beating up your body with every one of them. It’s not “death by a thousand cuts”, it’s 40 times worse than that.

There’s one more basic essential you need to deal with. Pooping. When it comes to expectation vs reality, this one is very different than the other daily necessities. People inexperienced with backpacking tend to think it’s a much bigger deal than it is. They hear about having to dig a hole out in the woods, squat over it, do their business, pick up the used TP and carry it out with them, and their reaction is often: “Oh hell no. There is NO way I’m doing that.” As it turns out though, the whole process is a big deal right up until you’ve done it once, then it just…isn’t. You think it’s going to be awkward digging a “cat hole” and pooping in it, but it really isn’t. You think it’s going to be so disgusting to carry out your used toilet paper, but once you’ve rolled it up, put it in a zip lock baggie, inside another zip lock baggie, and then cleaned your hands with sanitizer, it’s just not a big deal. It really doesn’t seem gross at all and after a couple times you don’t give it a second thought. I think that might be hard to imagine for some people, but that’s pretty consistently the way it ends up going for all of us.

So that’s the basics of day to day fundamentals. To summarize, camping, food, and water seem straightforward, but are kind of a big deal. Pooping and walking out with dirty toilet paper stuffed into your backpack: nothing to it.

Up next: hiker culture

Sharing photos and stories from the trail 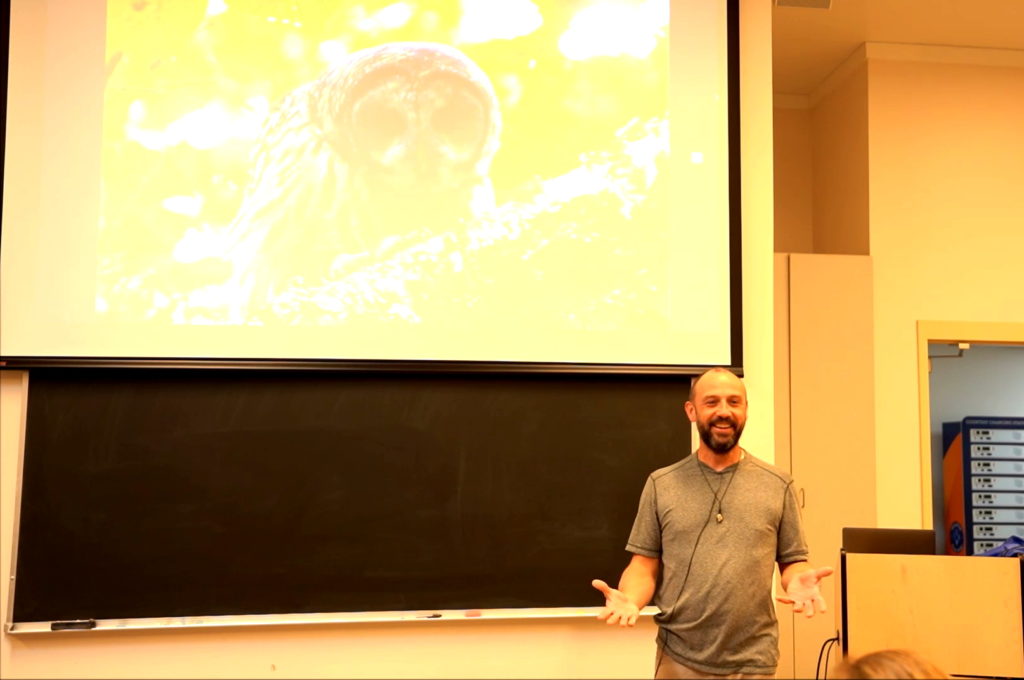 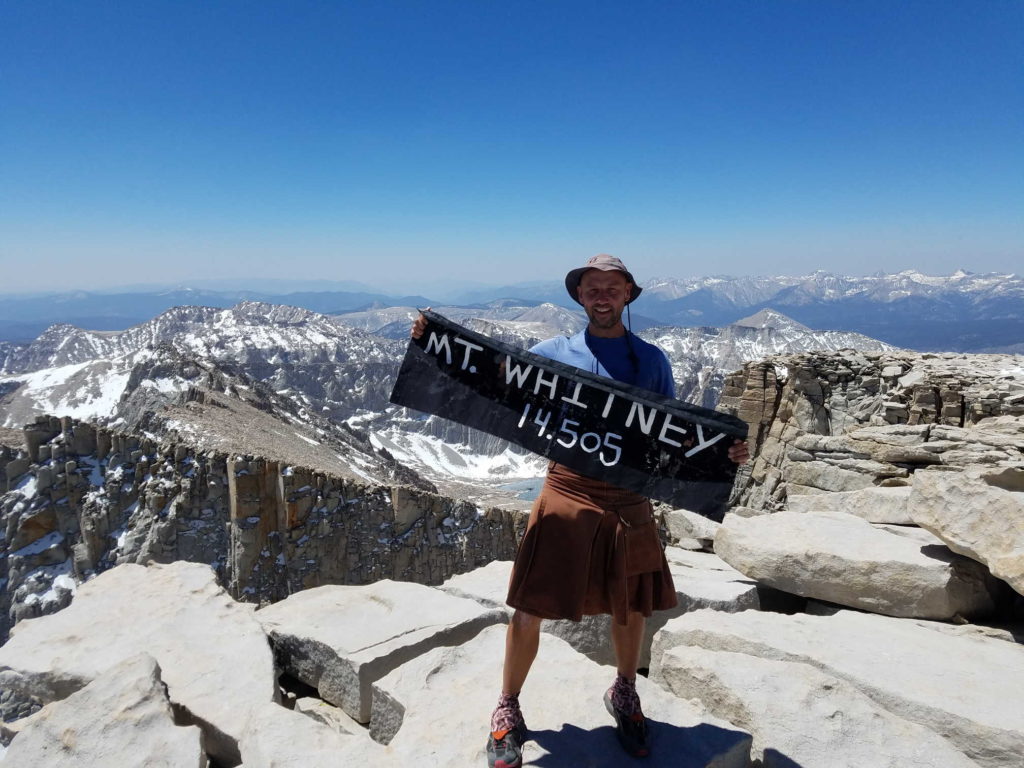 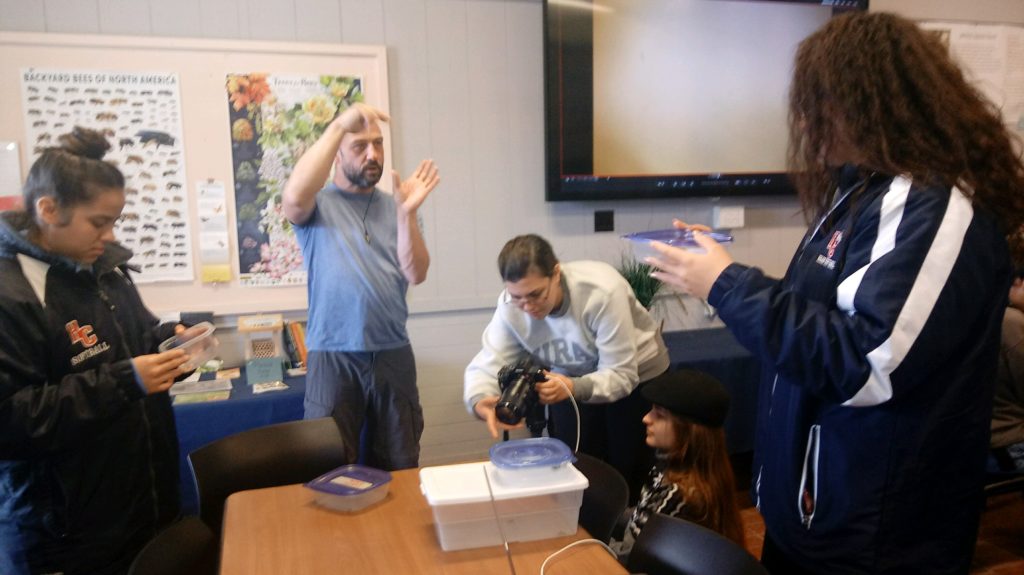 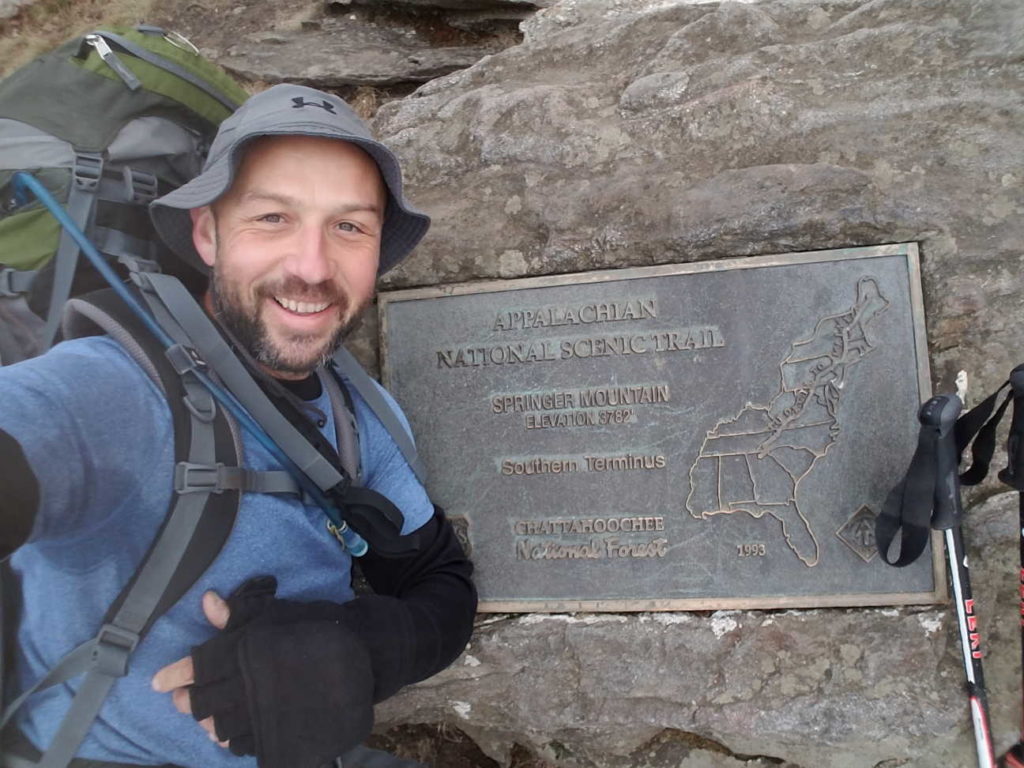 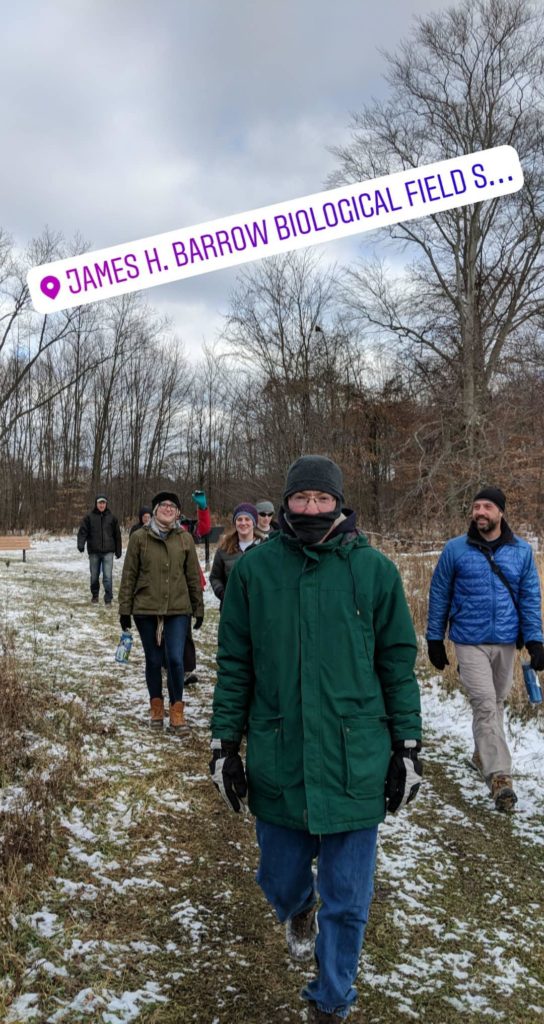 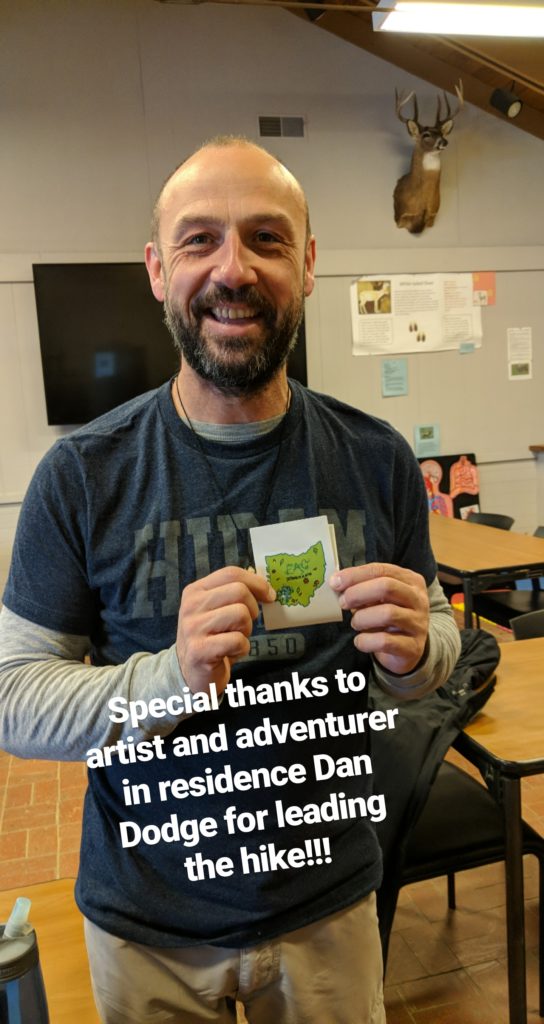 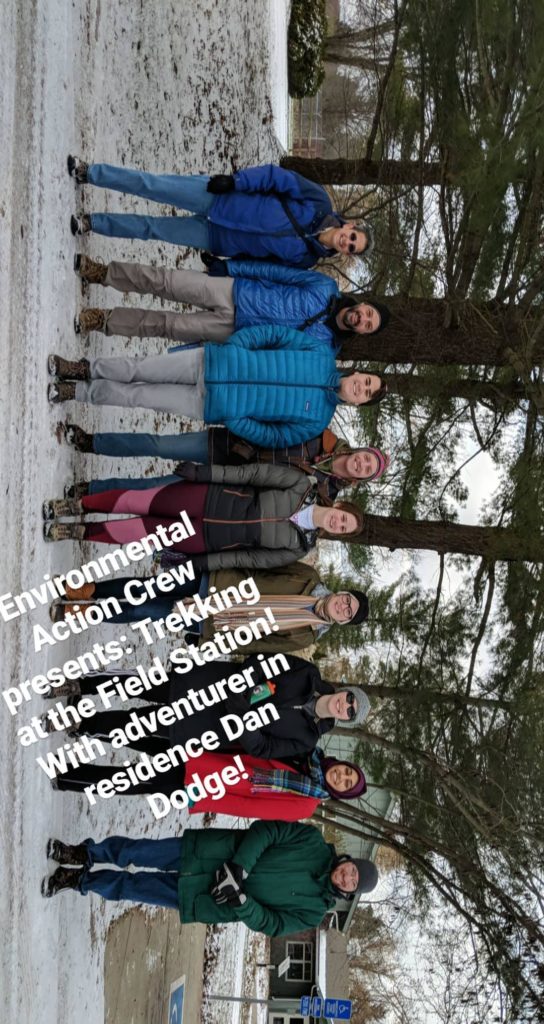 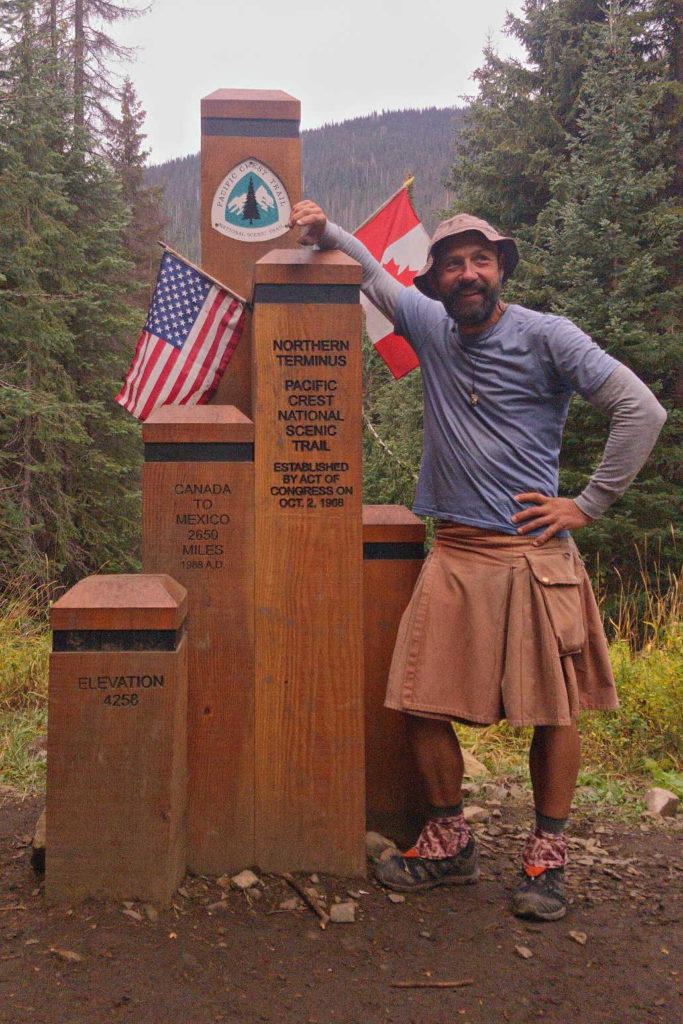